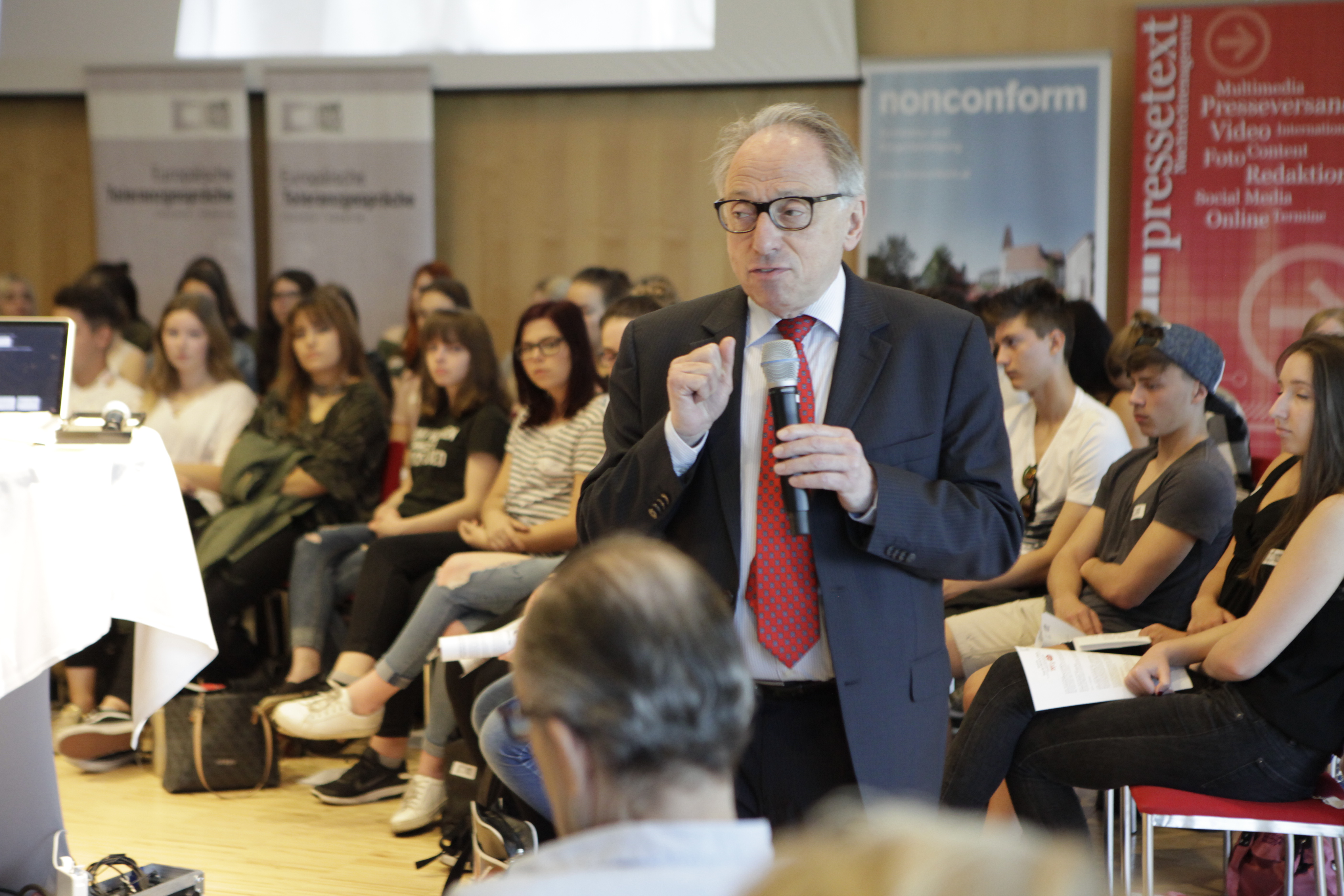 Freedom is being challenged daily anywhere in the world, not only in far-off countries, but in the middle of Europe, as recent developments in Poland and Hungary show. More urgent than ever, therefore, we need political education as an obligatory teaching subject to consolidate democratic consciousness. Ronald Barazon, the disputable chief editor, said this in the discourse with nearly 200 pupils from all over Carinthia. The talks focused on the freedom of the press, the individual and the Internet.

The appeal for a revaluation of political education at Austrian schools went hand in hand with the discussion about the elementary interplay between freedom and security. Barazon’s core thesis: “The acceptance of authorities is closely linked to the longing for security.” Therefore, everyone should ask whether what is happening now is good for freedom. But not only in the analogous world, freedom and democracy are now in danger and under increasing pressure.

Especially for the younger generation, behavioral rules and freedoms play a major role in the digital space. Meral Akin-Hecke, Digital Champion Austria, spoke with students about the shadows of increasing digitalization. The range of threats in the network is broad, ranging from surveillance to abuse to censorship. Nevertheless, the handling of the Web 2.0 is still partially unsuspecting and the awareness of data protection and privacy is not very pronounced. (sk) 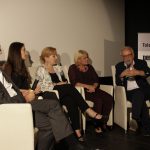 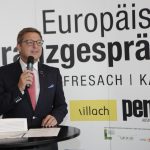