Talking about Freedom and Democracy

Does freedom need democracy? And what is freedom worth if decade’s value building and systems collapse. What happens when long-standing traditions are thrown overboard or hard-won human rights are abandoned voluntarily on the Internet? These and other questions were discussed within the program preview of the European Tolerance Talks 2017 on 18 January in Vienna with press columnist Anneliese Rohrer, political scientist Vedran Dzihic and Turkey expert Serafettin Yildiz.

Trump, Brexit & Turkey in transition. Nothing is more like a year ago. Even the United States questioned globalization, and the EU is at a further crossroad. In times when the freedom-loving, democratic America as a global order-making power passes, the influence of Russia in Europe in growing as well as the Chinese predominance over Southeast Asia. The initiators of Denk.Raum.Fresach want to discuss the effects of these geopolitical changes in 2017.
“While we were discussing the tolerance of our society in 2015 and measured the borders of Europe and the consequences of climate change in 2016, we are today talking about the diverse dimensions of freedom, which is threatened by many sides – internet corporations and increasingly autocratic regimes in East and West – those make us hard to think, “said the President of the European Tolerance Talks, Hannes Swoboda, at the launch of the 2017 program. (ws) 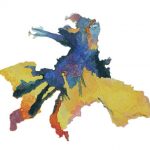 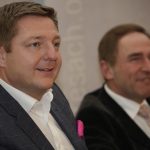