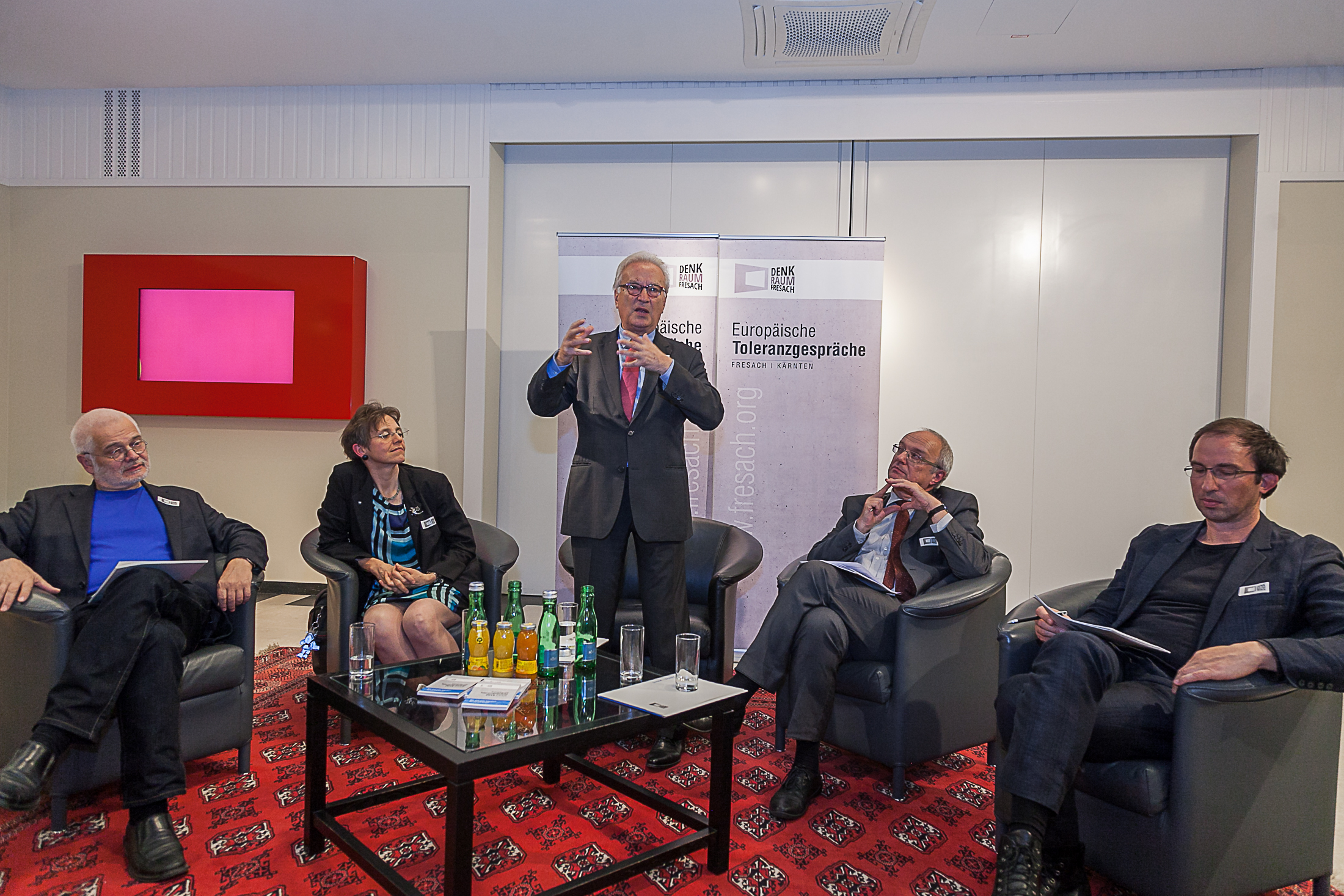 Vienna, Austria (16/05.11.2015) – “The borders of Europe – human rights and the consequences of climate change” are the focus of the European Tolerance Talks 2016 in the Carinthian mountain village Fresach. Thus, the initiators of the Think.Tank.Fresach go straight ahead into the minefield of the current debate about refugees and how to manage the current situation. http://www.fresach.org

“We do not just watch and know better, but show many positive examples and people with responsibility, as it can get better. But we must also remember international politics of where the roots of the new migration of nations are”, the President of the Fresach Board, Johannes Swoboda, on Tuesday said at the launch of the program 2016 in Vienna.

As in 2015, the European tolerance talks in 2016 are supported by numerous sponsors, organizations and institutions, led by PEN Club Austria. PEN president Helmuth A. Niederle again presented a number of top international writers who will come to Fresach, so among others Nahid Bagheri Goldsmith (Iran), Hassan Baroud (Egypt), Seher Cakir (Turkey), Lev Detela (Slovakia), Ishraga Mustafa Hamid (Sudan), Aftab Hussain, Sarita Jenamani (India), Chibo Onyeji (Nigeria) and Serafettin Yildiz (Austria). “For us, Fresach is a possibility of inventory. These authors will show us where we stand today. And wherever we can go.”

The European Tolerance talks 2016 will be held before the Whitsun weekend, from 11th to 14th May. The opening in honor of writers and scientists will take place in Villach, in the presence of the Federal President and a number of European leaders. The opening speech on 12th May in Fresach is held by the former german environment minister and longtime Executive Director of the United Nations Environment Programme (UNEP), Prof. Klaus Töpfer. He will go down in particular on global climate change and its consequences.

Later on, the physicist Niyazi Serdar Sariciftci of the University of Linz, the economist Henning Vöpel from Hamburg Institute of International Economics and renowned climate scientist Helga Kromp-Kolb will discuss globalization, climate change and scenarios for a better future without (new) limits.

The afternoon session starts with the costs of climate change – ecological and economic considerations from an European perspective, with the environmental historian Verena Winiwarter of the University of Klagenfurt, Rolf Holub from the Austrian Green Party, the economist Karl Steininger and the environmental risk economist Franz Prettenthaler.

This is followed by a discussion of possible strategies to combat the migration of peoples, with the legal philosopher Reinhard Merkel, the President of the Kennedy Foundation of Human Rights, Christoph Karlo and the German-Indian philosopher Pravo Mazumdar. Other highlights include a speech on Climate Reality by Senator Marc R. Pacheco (Massachusetts) and a “pain-workshop” with Prof. Harald Kollegger.

The second day on 13th May is opened by columnist Anneliese Rohrer with a provocative interjection on “Old boundaries, new trenches: Why we need a climate change”, followed by a strategy session on “Europe in the dilemma of climate refugees and the limits of what is reasonable.” In the afternoon, the tolerance forum will give “Practical Tips for a better society” (NGO Round) with integration expert Bernhard Perchinig and social anthropologist Christa Markom on the program. The migration expert Gudrun Biffl talks about the opportunities and risks of integration in the labor market. Finally there will be a discussion about the conditions for successful integration.

The ambitious program of European tolerance talks in 2016 is framed musically and scenically. Highlights include the long night of tolerance, with readings and chants, as well as a Young Poetry Slam on Saturday May 14th on the topic “Exclude, Narrow, circumscribe. 5 minutes to the border. 5 minutes limitless.” In order to realize the overall program the “Think.Tank.Fresach – Association for tolerance and integration” needs further donations, corporate partnerships and additional memberships.

Photos will be published on http://www.fotodienst.at 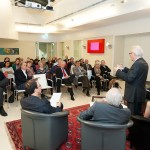 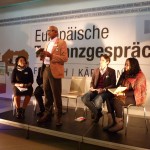