Tolerance as a mission

Where poverty is, we have the biggest problem.
Not where the wealth is.
Hannes Swoboda.

At the first meeting of the Board on November 6, 2014 in Villach, the President of Denk.Raum.Fresach and former leader of the Social Democratic Party in the European Parliament, Hannes Swoboda, outlined the mission and the main tasks of the European Tolerance Talks.

In regard to the social and political change: “It will not get better, bit we will face more conflicts. Immigration, refugees and exclusion are an ongoing heated issue. I have seen many positive projects, but also many negative examples of what happens when you do nothing and the distance grows and grows. ”

Swoboda, most recently European Parliament responsible for the eastern and southeastern enlargement, working as EU rapporteur for Croatia, also with a focus on Turkey, human rights and tolerance, said: “The internal migration in Europe is huge, and from the outside new conflicts are brought in which in turn prepare the ground for further conflicts. Since there is no other concept, dialogue shall overcome distance and exclusion.”

According to Swoboda currently there is little commitment to intervene in the public debate. So those win, “who have no scruples”. This situation reinforces prejudices, that are already there. Therefore it is necessary to overcome the major deficiency in the policy and the discouragement to work for things that are not as popular.

We need more voices for tolerance and integration, demands Swoboda. In politics and in the media. And he warns: If the prejudices are not countered, a “hurtful tolerance” will be developped. The discussion must therefore already start in kindergarten, and with the training of teachers. Today nobody explains why refugees come, and why Roma are traveling …

Swoboda confirmed in this context, the importance of Denk.Raum.Fresach for communication and understanding, and for the future of Europe: “The European ‘Tolerance Talks are an important forum for dialogue on overcoming fear, exclusion and xenophobia. Because: Where poverty is, we have the biggest problem. Not where the wealth is.” 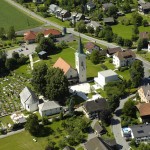 How it all began Previous
Topic Preview 2016 Next 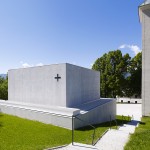