The German-British literary scholar Rüdiger Görner, one of the star guests of this year’s European tolerance talks in Fresach, will speak about the difficult relationship of the British to the European continent and in particular to the European Union. In an interview with the news agency pressetext, the sympathetic literary connoisseur let us see what’s going wrong.

“The UK does not understand the European Union and its merits, and as the Kingdom still sees itself as a great European sovereign, the benefits of EU membership are few and far between, so the once-so-popular understatement of the British has become a language of defiance the result of the wounded pride – the result is expressed in Brexit,” explains the founding director of the Center for Anglo-German Cultural Relations at the Queen Mary University of London.

Görner regrets that a country whose language is spoken by the whole of Europe wants to separate itself exactly from this Europe. “This is a paradox of first order,” says the literary scholar. “English is the linguistic basis of the EU, it is the great cultural common denominator in Europe, but unfortunately not the common political denominator.” The linguist will give a lecture on the British perspective on Europe on June 6th in the Carinthian mountain village Fresach, more about this in the pressetext interview. (Ws) 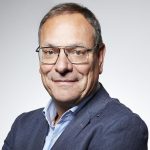 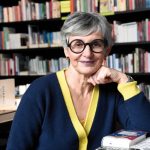 The Lion of Cameroon in Fresach

Ways out of Digital Slavery