How far does tolerance go?

Tasks of the state, economy and society: Does the individual citizen have any responsibility in this?

The topic of the European Tolerance Discussions 2015 is for sure. How far does tolerance go? And what are its limits? What are the duties of state, economy and society? And what can and can help the individual to that?

A Allensbach analysis from 2013 deals with the “tolerance to certain norm violations“. A significant part of the Germans feel the social pressure to which they may be exposed when departing with his view of social consensus.

But is that even those tolerance and the spirit of enlightenment, liberation from oppression and paternalism, which were represented and fought by the Founding Fathers in the United States in 1776, the Masons at the court of Joseph II., or by the revolutionaries in Paris of 1789? “If tolerance is going too far, it may be stupid,” says the author, and columnist Stefan Rogal. “Tolerance – a sweet madness” was a provocative contribution 3sat.

The word tolerance is one of the most controversial terms of the modern era. It comes from the Latin verb tolerare (from “tolus” – “load”) and implies endure, bear but also to allow. Tolerance is important but so is the ability to accept the diversity or other action, origin, religion, inclinations, morals or beliefs.

Tolerance is a modern virtue, and in a global society it is considered one of the most important values which ensure the coexistence of different cultures and ways of life. Every enlightened citizen tolerance is expected, education guides him to it, it is regarded as the foundation of modern democracies. But how far can tolerance go? 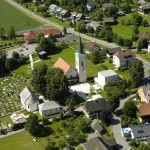 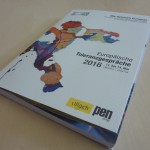