The Future of Freedom

Europe’s civil society and the consequences of globalization for politics, business and society

With the focus theme 2017, the initiators of Denk.Raum.Fresach try to formulate one of the oldest questions of humanity. What does freedom mean and how can it be defended against increasing threats within our western, democratic societies?

The target group of the talks is not only the so-called elites, which are currently being politically punished in elections, but the people at the grassroots, the youngsters in the municipalities and in the region who are thinking about their future. And one of the most important questions of this future is that of FREEDOM. What remains of it when new, autocratic tones, even totalitarian tendencies, determine politics?

The European Tolerance Talks 2017 will have much to say about freedom of expression and conscience, the freedom of the press and the freedom of arts, which are now being kicked out in many parts of the world. But in 2017, Europe is also celebrating the 500th anniversary of Martin Luther’s theses at the Schlosskirche Wittenberg, and the participants in the dialogue forum will also be talking about “Luther and the freedom”.

The initiators will set a major focus this year with the “entrepreneurs day”. The growing globalization of the economy, the imminent brethren, the continuing unrestrained confiscation of the administration and new nationalisms are fueling a variety of discussions about the freedom of global trade, free markets and the restrictions of free enterprise.

The participants in Fresach will discuss these and other questions from the point of view of whether and how we can defend our hard-won democratic values and what strategies are necessary to continue living in peace and prosperity. The results will be included in the “Fresach Charta of Liberty”, which can be used as a basis for future positions and strategies in Carinthia, Austria and Europe. (ws) 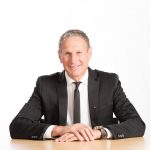 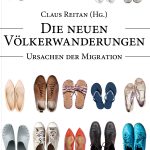